To Hungary, with Love Part One: Croissants are not French 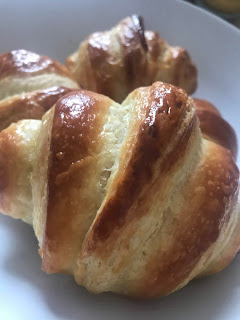 The time period of social distancing definitely has given me the opportunity to think more about sharing what’s been going on in and outside of the kitchen since I moved here.

One of my most favorite things I discovered since 2018 in Europe is Hungary. We went there for a brief period of time in late 2018 just after the wine harvest, and it definitely falls into the “All I want to do is go back” category. There is so much culture to see, eat, and drink, and I think this is an understatement.

Another item that I have become obsessed with over time since moving here is the croissant. I am not as obsessed with the pastry as my partner, but there is a genuine, lovingly fascination that I have about the “patisserie of patisserie”. 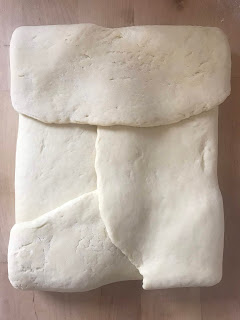 Two things that I did not know until recently:

After going to Paris last year and trying practically every croissant that we could find along the streets, I decided to finally face my fears of the “patisserie of patisserie” and give this a go myself. I found a recipe via Pintrest that I highly recommend, especially if you have time constraints or if you just cannot wait 3 days to indulge your croissant craving. 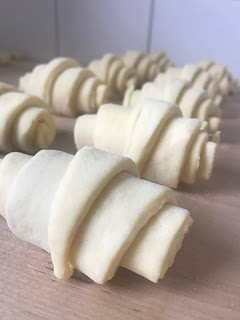 We gave the three-day recipe an initial try around Christmas 2019, and it was a huge success that we decided to do it again for Easter 2020. Now, trying it a second time, I want to share some quick tips if you decide to face your fear of patisserie: 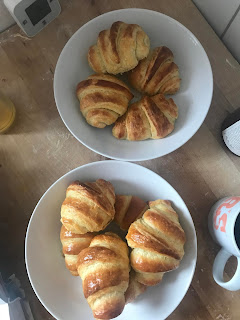 Go ahead and give these magnificent gems a try. When you have a little more time than you normally would these days, projects like these definitely are worth the time and satisfaction they create.
Email Post
Labels: baking recipes Croissants pastry patisserie