Finally, writing again. This year has been wild, fast and happily doesn’t plan on slowing down.

While I have been busy away with being “busy”, I redeveloped a love for ice cream. Maybe it’s just the current trend these days in DC, but I rediscovered a love for this sweet treat in ways I never really thought I would enjoy it. 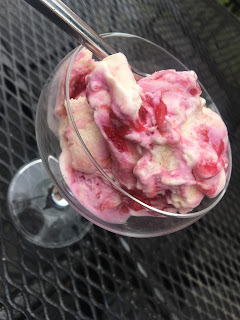 I only liked two kinds of ice cream as a kid: Mint chocolate chip and chocolate chip cookie dough. No questions asked and nothing more. Now, I am willing to discover anything that will satisfy my taste buds at the time. I even wanted ice cream so much that I made my own Dairy Queen Blizzard this summer.

In any case, here are some of my selections to share in case you haven’t tried or want to get on the ice cream bandwagon too. It’s a good time to hop on. 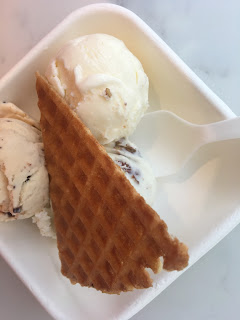 This über popular brand is finally in DC, and it's definitely a good way to finish a nice lunch on 14th Street. For six dollars, I was able to enjoy three mini scoops of their creations. Mine: 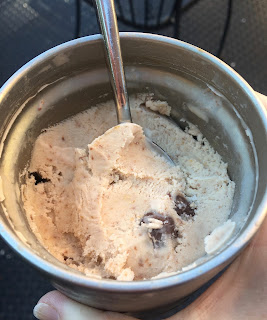 Result: It was 100% accurate and if you want to save it for later, I highly recommend using a Yeti. It made me think of my summers when I couldn’t finish my Blizzards and would stick them in the freezer for later. Highly recommend. 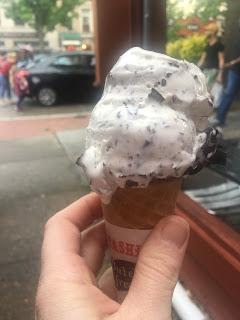 I had my fair share of gelato this year. So much it was almost every weekend I was indulging in some sort of gelato, either at home or outside.

Where did I go?

2. Europe – Will save my results for this later.

3. Weekly Stash – I have to admit, Breyers does a pretty good job with their Gelato Indulgences. I was a little skeptical about them at first, but they are pretty tasty. My regulars were Tiramisu and Raspberry Cheesecake.

4. Café Sorriso – I had the Stracciatella and all I have to say is J 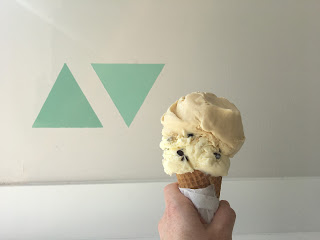 Now, this was interesting. I really had no idea what I was getting into. I thought it would be similar to Jennis Ice Cream, but what I ordered ended up being definitely worth your six dollars: Two oversized scoops of ice cream on top of a cone that could barely keep up with the weight. 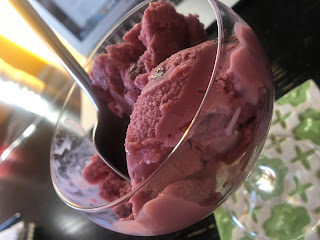 All I have to say is that this product is one word: Addicting. As much as I wanted to try their super-popular flavor, Birthday Cake, I opted for Red Velvet Cake instead. I practically felt I was savoring the perfect definition of what a cake and ice cream would be if they were blended together in machine mixer. I might go back to my Breyers on occasion, but I definitely know where to find this delicacy again just in case I cannot live without it.