Ube Donuts have made center stage everywhere there is a screen in the culinary world within the past couple of weeks. I first found these out on Facebook from a friend within a day went viral. The Observer and ESPN were making references to these so-called, luxurious delicacies.

What is Ube? It is a yam that is widely used in desserts and pastries in the Philippines. You can make anything from jams to cakes to ice cream.

I was reluctant to share these items, because this yam and its creation got so viral that viewers might be tired of seeing them or even bored, depending on where you are from in the world. In any case, America has now been officially introduced and here are the results, compliments of Manila Social ClubManila Social Club in Brooklyn: 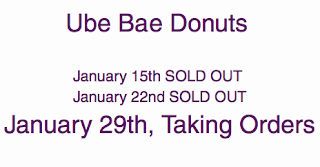 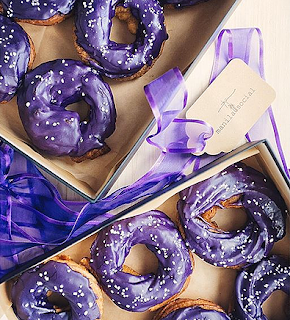 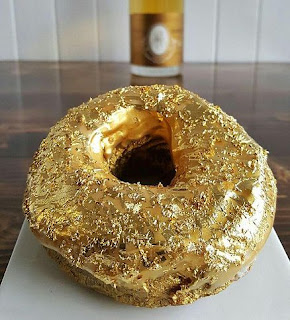 This edible “jewel” is $100 per donut or $1000 per dozen. They are made with ube mousse, champagne jelly and covered with champagne icing, sprinkled with 24k gold. Do I need to say more? It’s an exotic piece of culinary luxury that you almost want to find a way to wear it rather than eat it.

The question is: Is it worth it? Time will only tell until the day I get to go back to New York and decide to spend $100 on a donut.
Email Post
Labels: Brooklyn Donuts Golden Cristal Ube Donut Manila Social Club Ube Ube Bae Ube Bae Donuts