Summer of a Small Town: Is the Farmers Market Fad Over? 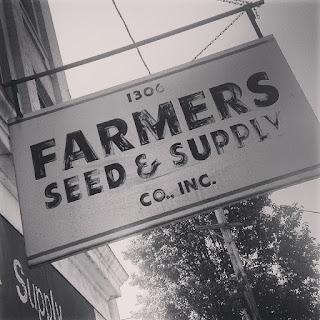 Despite the renaissance of Farmers Markets in America, they have been in existence forever. I never understood why they have been considered so “popular” within the past 10 years in this country. Maybe it is because this culture has been so sucked into getting everything indoors, online or even instantly in some shape or form that we have forgotten that there is life outdoors. In fact, that is how life is created, especially the foods that we eat.

What fascinates me even more is that despite having a local Farmers Market in almost every city in America these days, the products can be extremely expensive, depending on where in the country you purchase them. You are more likely to pay almost Whole Foods’ prices or more if you are at a Farmers Market on the East Coast while you might be paying very for nothing at a Farmers Market out in the Midwest or South, areas where the products are more readily available to the public without much taxes to pay for either the land they produce their products or to take care of them.

So then, what makes Farmer’s Markets still so attractive? Or are they losing their lust and now ingrained into American society finally? Is it the fact that they are outdoors? Is it because we as a society are rediscovering that we, too can create tasty food in our backyard, something we have not really done on a massive level in years. 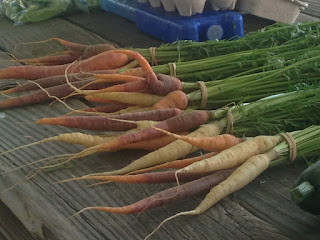 I love going shopping and especially food shopping. I can be at a Farmers Market for hours, sampling food, talking to farmers and store owners, and enjoying what Americans as a whole have not done a whole lot in years: enjoying going outside.

I started asking myself this question when I visited the Lynchburg Farmers Market back in May last year. This particular area in Virginia (not specifically Lynchburg) is one of the trailblazers to push the local, organic food movement in recent decades for the Eastern region of the United States. Though the produce looked attractive and the scene was “hopping”, it just seemed that the “lust” for the overall experience has not necessarily died but it is now finally ingrained in Americans’ weekly routines, something that is great to see but hopefully will not go away. 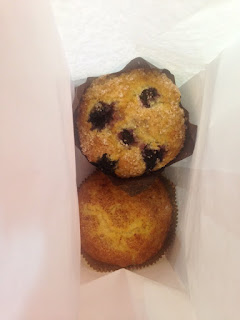 Did I buy anything? Nope. Not even a carrot. OK, I lied. I bought two muffins. First, there was no need and secondly some of the products were a little expensive. Hopefully Whole Foods’ prices will compete with their competition and their criticism they received within the past year for being so expensive and almost “ripping” consumers off as if they were in a Vegas casino.

In any case, these observations made me question if Farmers Markets plan to decrease. My answer? Absolutely not and below is proof of the pudding:

NPR The Salt
Are Farmers Market Sales Peaking? That Might Be good For Farmers