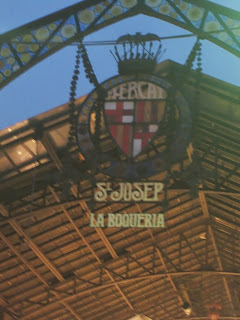 The Boqueria, one of the most popular tourist destinations in Barcelona was by far, one of my favorite places to visit during my trip to Spain. I think I visited it every day while I was there. 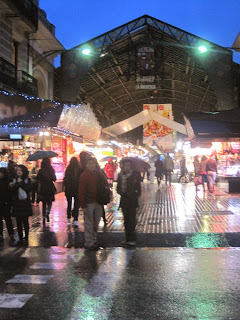 The one way I believe you can grasp the ultimate feel of how a culture lives is by visiting the local market. You can see everything there: How people interact with one another, what are the local commodities, what items are considered popular, how items are marketed to the demographic, it is ultimately one of the most exposed ways of observing a culture and I absorbed it like a sponge. 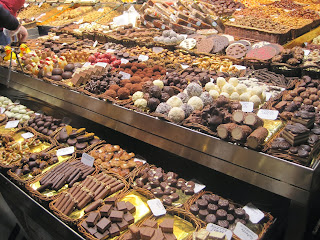 The Boqueria’s origins are unknown to this date, but historians do know that the market was built around 1200. It was known as a market for travelers but evolved into a destination for locals throughout several centuries.The Boqueria also was not originally in the same exact location. It was originally along the La Rambla, one of the city’s main pedestrian areas, but as the market’s popularity grew, so did the market. The church of Saint Josep was eventually destroyed in 1835 in order to make more room for the market. Today, the Boqueria’s eclectic atmosphere has grown to international fame throughout the past century, so much that it won the “Best Market in the World” in 2005 at the World Markets Congress in Washington, DC. 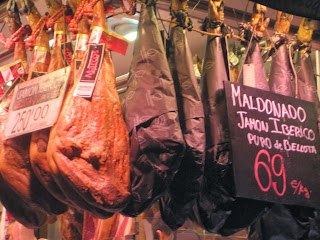 I could spend hours at the Boqueria just sampling, savoring and buying all of the delectable foods they offer on a daily basis. I probably would have a dinner party at least one night a week just so I could find an excuse to go there. As you approach the open aired entrance, prized legs of jamon are dangling at the sides of the market, teasing your appetite. If that is not enough for you, mountains of chocolates and sweets tumble along your path, secretly flirting with your sweet tooth. I had a difficult time to not spoil my dinner while I was touring the Boqueria for the first time. From there, endless rows of fruits, vegetables, various meats and seafood overflow the market as if it was Willy Wonka’s Factory of food. I could not leave. 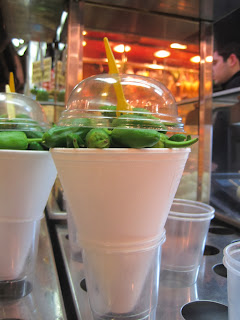 The feast does end start there. Just following to the right of the entrance, Quim Marquez, one of Barcelona’s celebrated chefs, operates a humble tapas bar known as El Quim de la Boqueria. El Quim has been the home to the Boqueria since 1987 and remains to be a mandatory destination to savor classic Spanish tapas. 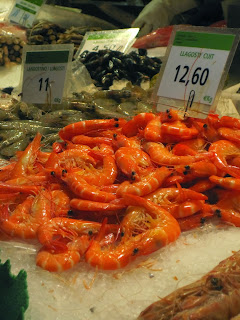 I simply did not have enough time in this original Barcelona institution. If I had it my way, I probably would stay another week just to get the full flavor of places such as the Boqueria. The Boqueria made me understand why Barcelona is a culinary destination for aspiring chefs or adventurous foodies. The endless variety of local foods are presented in such a basic yet magical way that leaves you speechless if you are touring for the first time. When I return, I will undoubtedly make sure that I make an excuse to visit the Boqueria at any chance I get. 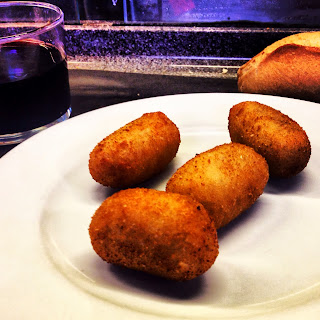