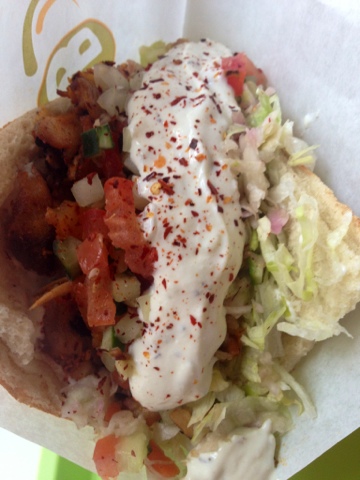 There are several culinary discoveries I fell in love withthroughout my travels that have been an endless challenge for me to find in theUnited States. However, I mysteriously rediscovered them while I have been livinghere in DC. Reasons why? Not too sure. Whether it is because of globalization, Europeanmarkets becoming hungry for revenue or maybe telepathically answering my dreamsfrom across the ocean, some of my favorite findings finally jumped across thebig pond into the ‘land of opportunity’. Dr. Oetker’s frozen pizza, Advokaat(also known as eierlikoer), quark, and more recently Mueller yogurt amongstother items of deliciousness emerged into American market in recent years. Ialmost had tears in my eyes the moment I found Dr. Oetker’s frozen pizza at thegrocery store. Whether it brought me back nostalgic memories of me living inEurope or its tasty ingredients, I have a hard time living without it now.


The Doener, howeveris one culinary creation I wished for its arrival in the United States for avery long time. The Doener Kebab is a Turkish dish that consists of lamb, vealor beef over rice. This dish gradually traveled into other parts of the world,one of them being Germany in the 1970’s. Tastemakers decided to change the dishto adapt to Germany’s faster lifestyle by replacing the rice with warm flatbread.The German Doener was born, and the rest is history. It remains as one ofGermany’s top hand foods and in some places more popular than Bratwurst andMacDonald’s. 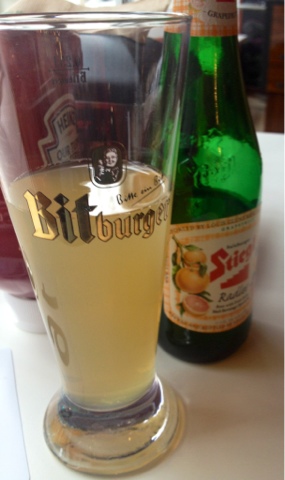 We in major cities across the United States have been moreaccustomed to enjoying other adaptations of the Doener such as Greek Gyros butnot the genuine dish itself. That is what Doener Bistro is all about. A couplefrom Germany also could not understand why the Doener was not being offered inAmerica and decided to open up their own shop, first in Leesburg, Virginia andmost recently in Adams Morgan. This German institution creates the real deal:toasted flatbread, mixed salad of cucumber, tomato, lettuce, red cabbage,yogurt sauce, and of course, the beloved spiced meat. The ultimate satisfactionI felt after savoring that first bite was unexplainable. The taste was just asI remembered after trying it for the first time in Germany so many years ago. Thisuber popular dish in Germany is here to make its claim to fame in the US! This isAwesome!
My experience does not stop there.
Communal tables as you approach the entrance; German localradio buzzing behind the scene; European TV which is mostly soccer matchesplaying away; German newspapers and magazines at your disposal to catch up onthe daily news abroad, and the endless supply of local German beer they have tooffer, this institution is a little slice of modern day Germany from head totoe. They use all biodegradable products and natural ingredients in all oftheir food except for Coca-Cola products and condiments.  They hold regular Euro neighborhood partiesevery third Wednesday of the month as well as other German traditions that areheld throughout the year. I started to come here regularly and I am afraid toadmit that I am not going to stop. 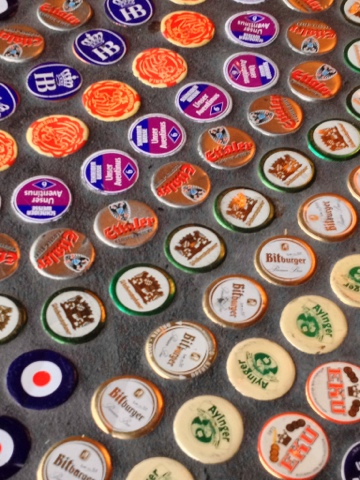 If any of you live in the Washington, DC area, visiting andlooking for some International flavor in this town, or you happen to be fromGermany and are desperately craving something from home, then I cannot expressto you enough to come visit Doener Bistro. I guarantee you will not bedisappointed. Prost!
Doener Bistro
1654 Columbia Road NW
Washington, DC 20009
202.462.8355
info@doenerbistro.com
www.doenerbistro.com
Email Post
Labels: Doener