Weekend with Colicchio and Momofuku

I traveled to New York for a little weekend excursion. Ever since I moved from the island, I set myself a particular goal for every visit. This time, it was just to try a new restaurant.

Successful, I was. I tried Colicchio & Sons which is accross the street from Chelsea Market. Sleek, modern American atmosphere with top notch table settings, Chilowich placemats and a casual but yet hipster soundtrack, it was a great start to the weekend.

As for cocktails, I had their take of an Aviation which was pretty refreshing. I ended up with selecting the shrimp and grits covered with a clow cooked egg, tomato foam and green tomato. I almost have no words and would prefer to show in a picture, as obviously shown below. Basically, it melted in my mouth. Word of note, the shrimp heads are the best part! It is where most of their flavor originates and must be eaten unless you truly do not like seafood. 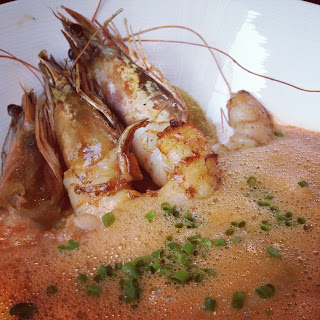 I did make a pit stop to Chelsea Market and enjoyed a quick cake pop from Ruthy's Bakery. I did not expect anything, but what I ended up with was a lot of sugar. Do not get me wrong, the cake was moist and loved the fondant frosting but is was very sugary and somewhat heavy for a cake pop. 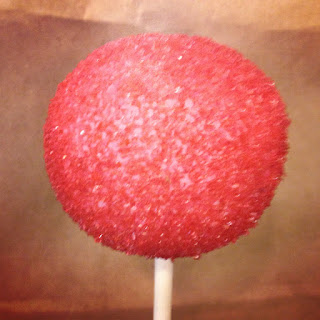 The following day I happened to stumble upon Momofuku's Ssam Bar after a yoga class. I had reservations someplace else, but I instanteously decided to change my plans, as I have wanted to visit this place for awhile now.

It was exactly what I expected from Mr. Chang and more. Loved the casual side of the atmosphere along with crowd. I opted with the Spanish Mackerel as well as the Pork Buns. Accompanied with a Ginger Ale, you could not go wrong with this meal. It was a wonderful way to end my weekend and hope to return to this gem. 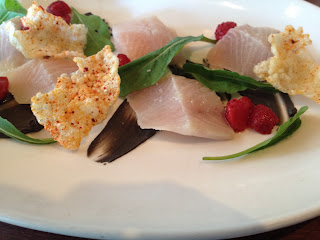 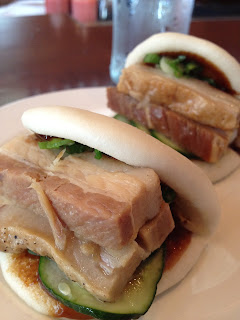