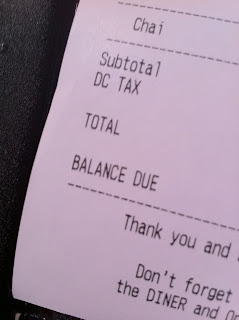 The tip on a restaurant bill. A judgmental, embarrassing, critical, gratifying, rewarding, frustrating and sometimes annoying task we have to do when out dining in the United States. Before the age of the internet, tipping on a bill used to be one way of expressing a guest’s opinionof the quality of service they received at a restaurant. It can be incentive or an insult depending on how good the service is at a restaurant.  Tipping a server at a restaurant is custom that has many forms of etiquette.
What is behind the tip? How did we start this complicated but yet simple practice? The origins of tipping are unknown but noted during 16thand 17th centuries in England. Guests would drop a small amount of change in a bowl before being served in public establishments with the term, “to insure promptitude” next to it. Theoretically, this term evolved into the acronym, “T.I.P.” but has yet to be historically proven, because acronyms were not commonly used in England during the 16th and 17th centuries.
Tipping gradually travelled to the United States during thelater part of the 19th century, when many Americans began travelling to Europe and discovered this noble practice at pubs, restaurants, and coffeehouses amongst other places. They returned to the States and flaunted this gesture to others. The practice rapidly spread as a result, but opposition also brewed in various areas of the country. Americans believed that the practice of tipping someone was one of the main reasons why they left England in the first place. Anti-tipping groups and laws came into place in various areas around the States, but Americans continued the practice as it was another way of earning some extra money.
While Americans protested against tipping, Europeans modified the practice in the mid 20thcentury by adding a service charge to the bill rather than being subjected to tip. That way, servers are guaranteed a certain amount, and if guests would like to tip a “little” extra because of the quality of service they provide it is perfectly fine to do so.This gradually became re-known in Europe, and once Americans discovered it they started considering service charge themselves.
Today, a portion of restaurants throughout the States have service charges rather than tips, and some restaurants use service charges incertain circumstances such as large groups. However, Americans continue to prefer tipping, because of what I previously mentioned: It is a way of expressing their opinion of the quality of service as well as an incentive to earn more money.
Tipping in a restaurant can be a vulnerable subject and has many different forms of etiquette around the globe. Tipping a server in arestaurant in the United States is completely different than tipping someone in Spain or in Japan.  In fact, the Japanese consider tipping a server an insult rather than gratitude.  I am sure all of us, first-time tourists have made the initial mistake of tipping too much, too little, or simply tipping at all. How can all of us prevent it? Simple: buy a travel guide, do some online research, reach out to a friend who lives or has visited there.  One will eventually realize that the world does not have a set salary for all restaurant servers, and that tipping less than 5% in the United States is considered poor but yet completely acceptable in Europe.  Therefore, I encourage anyone for when they go out to the next hotspot restaurant, remember where you are and  look between the lines when the infamous bill returns to the table.
Email Post
Labels: Tips