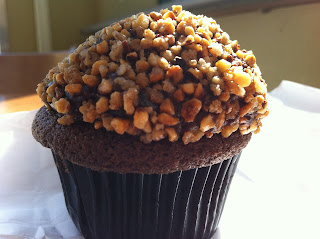 I think this was my first thought as I settled down in this town. Yes, New York as their own league of cupcake competitors, but I think DC made it very clear that it is now a land of cupcakes, officially making it an American commodity just as significant as burgers or pizza. We can probably thank the media for its involvement as well as places like Georgetown Cupcake who I think should be claimed as the pioneer of the DC cupcake movement. I think DC is in need of more identities other than just being the wonderful capital of the United States and having a progressively creative cupcake industry is an example. 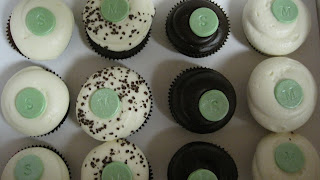 
Overall: It is more than worth my bike ride or hike to Georgetown to indulge in these moist creations. They are not just a result of media popularity. Georgetown Cupcake honestly produces an exceptional balance between the cake and the icing. Not too much and definitely not too little. I save these on special occasions or just to make my bad days turn into good ones.
3301 M Street NW
Washington, DC 20007
202.333.8448
http://www.georgetowncupcake.com/ 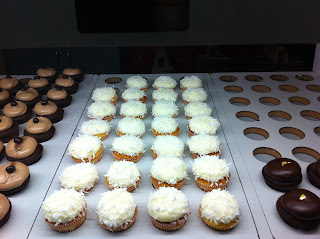 This tiny cupcakery is almost a routine for me once a week, as both locations seem to be near me on a regular basis. My favorites? Red Velvet, obviously but I also fell in love with their peanut butter cupcake. Topped with a candied peanut on top, it is my regular weekly fix unless I am having a rough week and end up including the red velvet.

Ah, one of my favorite New York institutions decided to travel south. Crumbs is perfect when I experience more of an intense cupcake craving. These enormous, imaginative cakes either make my morning (yes, I have that much of a sweetooth) or afternoons when I can share with friends over coffee. I can never get enough of the Boston Cream or my new favorite, Bryant Park. 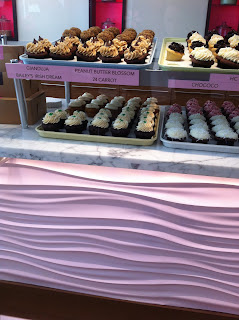 I feel like I am in an ice cream store whenever I stop by this Dupont Circle location. They tend to sell more of a stereotypical vision of cupcake with its thick, swirly icing surmounting the cake. Good? Yes, but I am just not attached. Maybe I will give it a little more time.

This was my least favorite of the ones I tried so far. I felt like I could make these at home. Sure, they look great, but I just was not fascinated with their quality compared to the other competitors. However, I do like their idea of having a bakery on one side of the street and a cafe on the other side.

I have yet to visit this Georgetown competitor but will definitely make the visit once it stops looking like this: 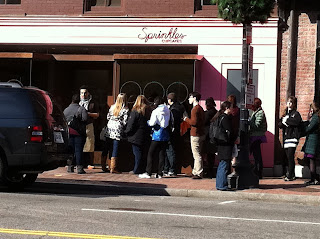 Curbside Cupcakes
Yes, DC even has the cupcake truck! I always notice it somewhere on my way to work or home but have not found the opportunity to track this cupcakemobile down.
Email Post