I have had a hectic schedule throughout the past several weeks but have also experienced several different “chocobservations” that I thought I would share. 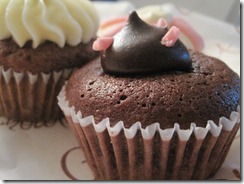 I finally had one of the specialty cupcakes from one of Atlanta’s newest cafes, Chocolate Pink in Midtown. Overall, it was not bad but honestly, I have had better at $3.50 per cupcake unless you want to experience their happy hour on Wednesdays and Sundays where their cupcakes are only $1.50, a more reasonable price for the size and quality. The cupcake had a well balanced blend of molten chocolate cake and icing, but I felt the cake was missing a little more character. Do not worry though, I will give it another shot. 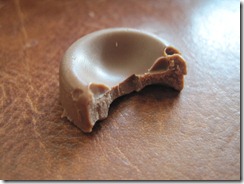 I was terribly craving a snack while visiting IKEA and thought I would try something new from their store. I noticed Marabou’s Milk Chocolate bite sized pieces and thought this would hit the spot. Creamy, long lasting in the mouth, I should have ordered a hot chocolate or a cappuccino along with them. I would even add these to granola in the mornings. Beware, however: these little bite sized morsels can be addicting due to their cute size and smooth center. 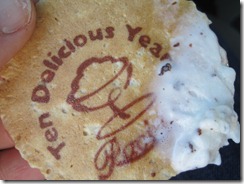 I know this one is a stretch, but my visit to Paolo’s Gelato in Virginia Highlands has been something I have been longing to do and should have visited earlier. In any case, I made it to enjoy “Gelato” and left slightly disappointed. I tried the Straciatella gelato, and I should have changed my decision as it was being served. The consistency was not like the gelato I have had, but I will admit the flavor was definitely there. I was just hoping for real gelato, especially since I prefer it over ice cream. In addition, $4.50 for a small cup is way too expensive, unless they are using ingredients or equipment for that matter from Italy. Not sure if I will be back. 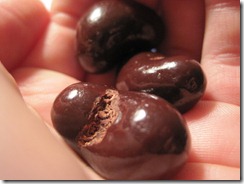 I was afraid these chocolates would be too salty, but they were actually just right. They consist of the prominently addictive flavors of nuts, chocolate, and salt. Who could turn these down?