Return of the Food Fests 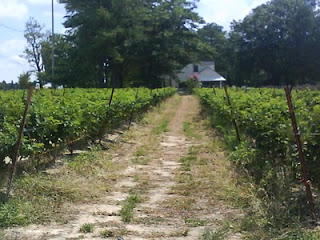 Yes, it is that time of year again in Georgia. This also marks a year that I have been down here. I truly cannot believe my time here has been going this fast.
I meant to share this a little earlier, but some traveling plans got in the way. I decided to showcase this food festival list not only for my own pleasure of sharing information, but also to make it as sort of a reference if you want to know what is going on the world of food festivals in the state. I was quite impressed to see what I could find, and I ended up with a lot more festivals than I thought to the point where I felt overwhelmed. I did not even know there is a Sorghum Festival in Blairsville, Mayhaw Festival in Colquitt, and a Venison Cook Off in Monticello.
Hopefully, this list will help me be a little more prepared this time around rather than aimlessly searching the state for where things are. Please note that these food festivals are food related rather than festival related, and specific dates are not noted for all events.
Line Up
National Mayhaw Festival April 16-18th
Colquitt, GA
Celebrating the tart fruit, through parade, music, arts and crafts, everything.
Reported where some of the best jelly is made in the South from the tart southern fruit.
Taste of Marietta, April 24th
Marietta, GA
Local food vendors and restaurants strutting their stuff for its usual 70,000 visitors.
Georgia Strawberry Festival April 23-24th
Reynolds, GA
Dinner in the park, gospel music, cook off, all the elements of a small town food festival.
Barnesville Annual BBQ and Blues Festival, April 23rd-24th
Barnesville, GA
BBQ and Music. Who could ask for anything else in the south? BBQ sauce contest, community cooking contest, and local vendors.
Taste of Toccoa, April 24-25th
Toccoa, GA
Foods from local restaurants, entertainment, exhibits that draw approximately 8,000 visitors a year.
Woodbine Crawfish Festival April 23-24th
Woodbine, GA
Celebrating the crawfish through their parade and then a nonstop list of vendors offering specialties such as crawfish broil and etoufee. 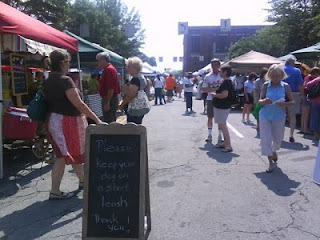