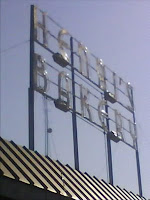 Enough of the interlude - the Confessionist has returned. After three long weeks of readjusting to my upbringing, I am settled into my temporary stay and ready to explore and rediscover what the south can cook for me.

I tried to think of the restaurants, diners, bars, cafes, and bakeries that strike my memory other than the Waffle House and Chik-fil-a during my drive down to Atlanta: Bones, Atlanta Fish Market, Chops, The Varsity, The Big Chicken, The Marietta Diner, Louise’s which was once Bill and Louise’s and Stilesboro Biscuits amongst other locations instantly reminded me of the life I once lived. However, I knew I was forgetting some pretty important places.

I rediscovered one of them on my way to work in Buckhead one morning. Being the terrible driver I am, I made a wrong turn onto Irby Avenue. At some point I completely forgot the fact that I was lost when I saw the nostalgic Henri’s Bakery in front of my face and instead pulled into their parking lot. 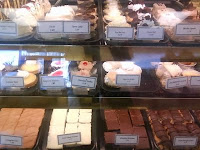 I felt like I was an eight year old again the moment I entered through the door. My Mom would always take my sister and I to Henri’s whenever we went to work with her as children where we would get a either a peanut butter or chocolate chip cookie after lunch. I could even smell the same nostalgic pastries as if I never left Atlanta all those years. 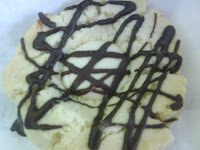 Despite my history with Henri’s cookies, I saw an unusual version of a Chinese cookie and decided to try that instead. I normally do not choose Chinese cookies at bakeries, but its scone like texture and drizzled icing on top convinced me otherwise. Rather being the flat, crisp, and sugary cookie that I normally taste in Chinese cookies, Henri’s Chinese cookie is a combination of a cake and scone. Its moist and crumbly texture instantly melts in one’s mouth. The vintage style chocolate center is so thick that one could think it was fudge inside rather than cookie frosting. I happily devoured it with my second cup of coffee in the morning.

Rediscovering a classic Atlanta tradition such as Henri’s made me feel not so much of a stranger as I thought I was and opened the doors to a whole new gastronomic world.